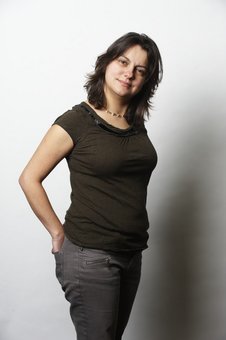 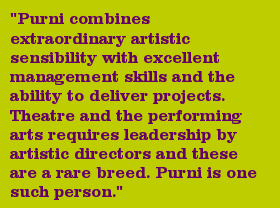 Purni holds one of the most influential roles in British theatre.  The NT Studio not only feeds the NT repertoire but also acts as a centre for artistic development for the rest of the theatre sector. The building works with around 800 artists from around the world every year, and many of the NTs most popular projects have been nurtured there.

Her role managing a hub for theatre development of this scale in the UK is unique. Committed to access, diversity and proper inclusion of women, Purni is also committed to making the Studio an agent for change and discussion in the theatre industry.