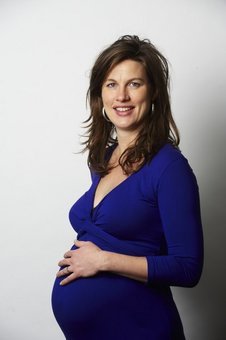 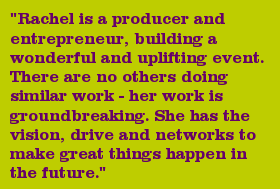 The Birds Eye View Film Festival is groundbreaking in its celebration of international women filmmakers, and has attracted huge audiences and high profile contributors since its conception.  Having co-founded Birds Eye View as a touring short film showcase in 2002, Rachel has single-handedly led the organisation to become a high profile, year-round platform for women filmmakers.

Motivated by the statistic that around 7% of film directors are women, Rachel has developed new projects alongside the festival, including regional touring events and educational programmes, commissions of new live scores to silent films from female musicians (Sound & Silents), innovative new training projects for women screenwriters (BEV Labs) and the First Weekenders Club, which promotes the all-important opening weekend of cinema releases written/directed by women. All activities are designed to take Birds Eye View and the best women film making talent to the widest possible audience.

Rachel was nominated as a world changing woman by the Guardian in August 2006, and a Woman of the Future (Media Award) in 2009. She is currently the Clore Fellow for film. Rachel has the vision, drive and networks to make great things happen now and in the future.