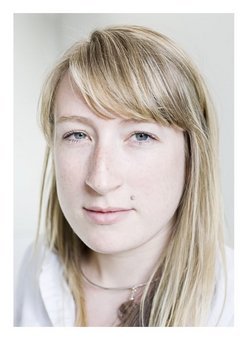 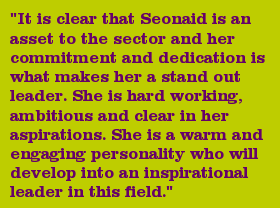 Seonaids commitment and dedication to the creative sector marks her out as an emerging leader.  As the Producer of the Glasgow Film Festival, Seonaid has secured a 25% increase in total attendance from 2008 to 2009.  As well as securing a raft of awards for the festival, including Glasgow Grows Audiences Audience Pioneer of the Year (2009) and Best Large Event at the Scottish Events Awards (2009).  A consummate networker, she is the face of the Film Festival and instrumental in the introduction of new and diverse programming sections.

Her vision and capacity to bring on new partners has also resulted in a number of significant new and developed media partnerships for the Film Festival, including BBC Filmnetwork, STV, The Sunday Herald, Little White Lies and Shorts TV.

Continually developing her leadership skills, recently completing a year-long training scheme in cultural leadership for emerging and established leaders, Seonaid is a people-focussed manager who inspires and motivates her young team.

Initiating the launch of the new £10,000, Margaret Tait Award for artists working in film and moving image she has developed exceptional skills leadership skills in securing funding as well as negotiating a key partnership with LUX, and the time of a high profile advisory committee.